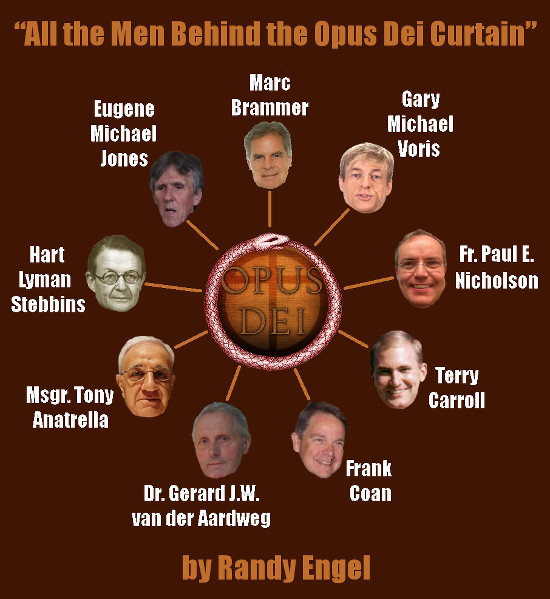 Could Amy Coney Barrett be the woman behind the Opus Dei curtain?

"Executive Vice President of the Federalist Society Leonard Leo, board member of Opus Dei’s Catholic Information Center, can take credit for installing four members of the Supreme Court: John Roberts, Samuel Alito, Neil Gorsuch and Brett Kavanaugh. It is Leo who prepares Trump’s “list of judges and the people that he’s put on the bench.” That now includes Judge Amy Coney Barrett."

"Its finances are also secret. An official organization of the Catholic Church, in the U.S. Opus Dei gets a 501(c)(3) tax code as a “religious” organization. Donors not only receive a tax deduction, but their names and amount of donations are secret. Opus Dei’s outlays are equally opaque." [https://washingtonbabylon.com/judge-barretts-religion-is-off-limits-opus-deis-agenda-is-not/]