Collapsing of the Soviet COVID Empire: "It's Over: CDC Says People Exposed To COVID No Longer Need To Quarantine... In Bureaucrat speak, this is a near-complete cave-in to the actual facts" 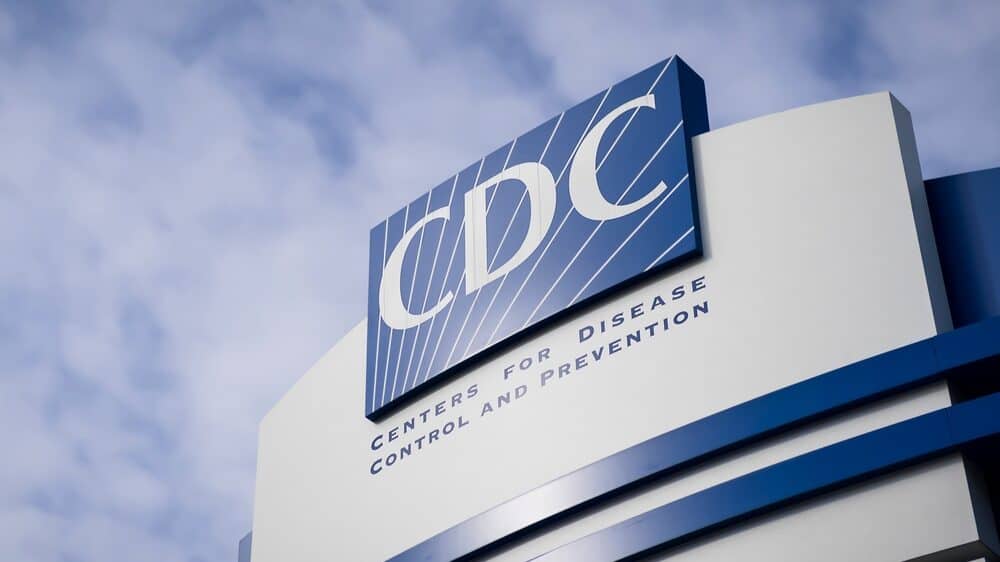 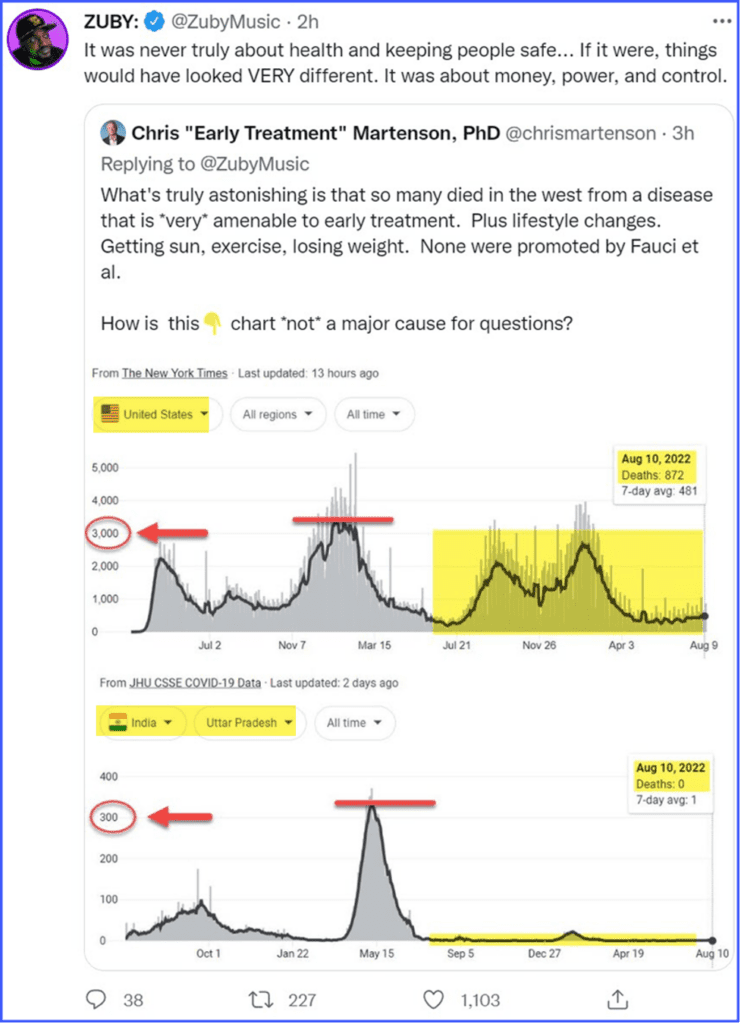 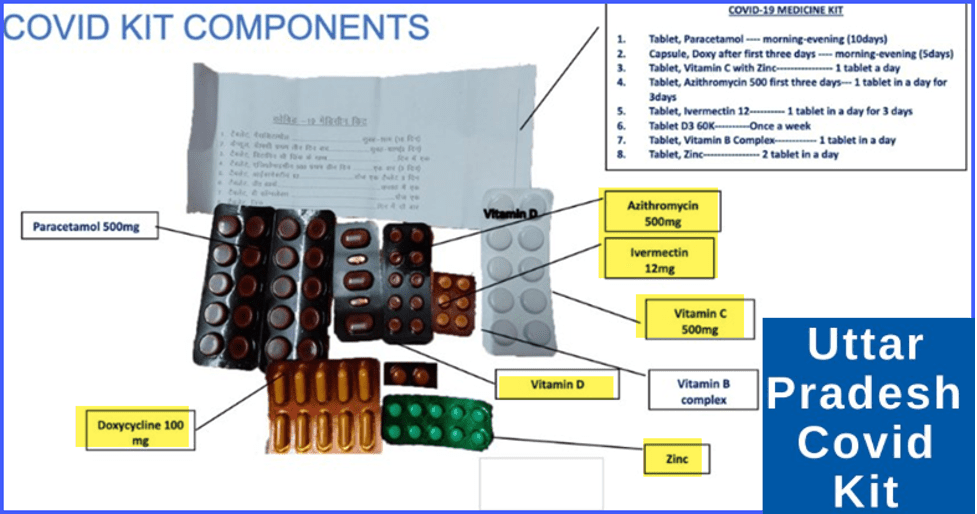 Chris Martenson reported "It's Over: CDC Says People Exposed To COVID No Longer Need To Quarantine... In Bureaucrat speak, this is a near-complete cave-in to the actual facts":

This is HUGE news folks. In Bureaucrat speak, this is a near-complete cave-in to the actual facts:

If you managed to maintain your integrity through this awful period of time, congratulations! You are one of the rock stars of this story. You are a solid individual who has courage and stood firm and tall when it mattered most.

As for the people who didn’t, some can be forgiven. But many cannot.

Those who could have and “should” have known better? The doctors who failed to utilize known and proven early treatments to save lives?  The public health authorities that locked people down and forced masks onto children’s faces without a shred of supporting science to back those decisions?  Medical hospital administrators who took the monetary bait and forced patients onto toxic and deadly regimens of Remdesivir and ventilators (again, without any supporting evidence!). The NIH treatment panel that still – to this day – does not recommend vitamin D, or any of the other actual safe and effective early treatments?

Sorry, not sorry, those people need to suffer real and lasting public consequences. Some doctors should lose their licenses. Some bureaucrats need to lose their jobs while others need to go to trial.

I feel most acutely for those who got caught up and suffered terribly as a result. I feel truly awful for all the people prevented from being at a loved one’s passing, or who, as a condition of continued employment, were coerced into getting Covid jabs they neither wanted nor needed.

There are far too many tragic cases out there. Far too many young lives were lost and continue to be lost. I am angry that it happened and at the petty, ignorant bureaucrats who forced it to happen. “Sudden Adult Death Syndrome” is a thing now, and the attempts to normalize it by the press have left me thinking that those companies and journalists who engaged in this ought to be barred for life from ever being in the business again...

...  And then there’s an increasing number of countries openly noticing that their all-cause mortality numbers are far too high and they are beginning to investigate: 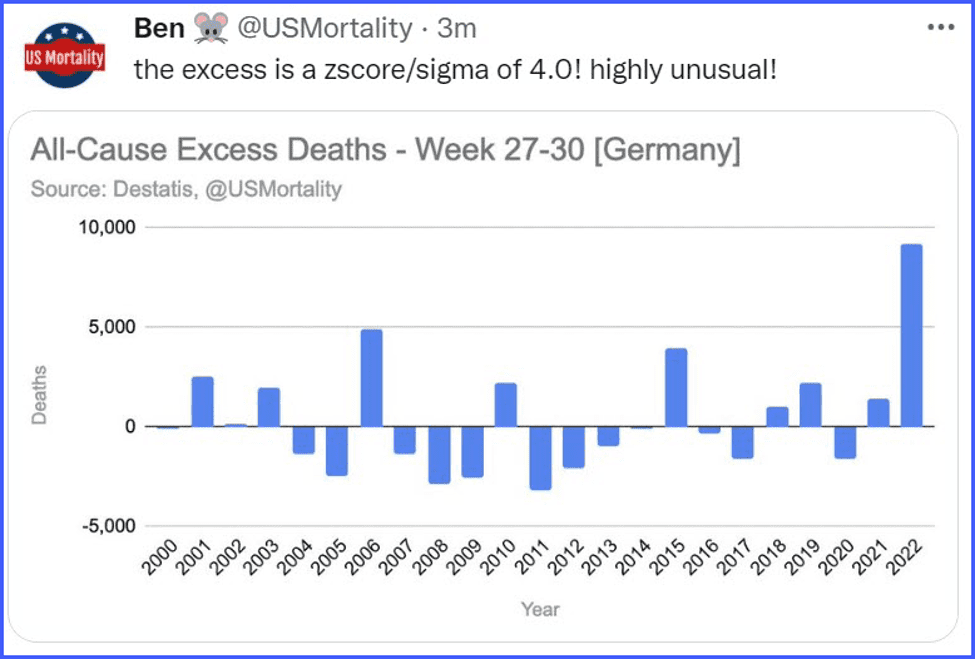 When approximately 4,000 too many people die in a three-week span, that’s very uncomfortable and eventually, people notice. And, when they do, oh boy, look out!

Or, maybe it’s simply that the CDC has read the latest polls and realized that the Democrats are going to lose their majorities and are trying to get in front of the investigations the Republicans are sure to launch as soon as they can?

Whatever the reason, it’s too little and too late. The CDC has forever lost my trust and everybody who works there bears responsibility for what transpired, some more than others, of course. [By Chris Martenson of PeakProsperity: https://peakprosperity.com/wow-cdc-completely-reverses-course-its-over/?utm_source=substack&utm_medium=email]

- If Francis betrays Benedict XVI & the"Roman Rite Communities" like he betrayed the Chinese Catholics we must respond like St. Athanasius, the Saintly English Bishop Robert Grosseteste & "Eminent Canonists and Theologians" by "Resist[ing]" him: https://www.thecatholicmonitor.com/2021/12/if-francis-betrays-benedict-xvi.html