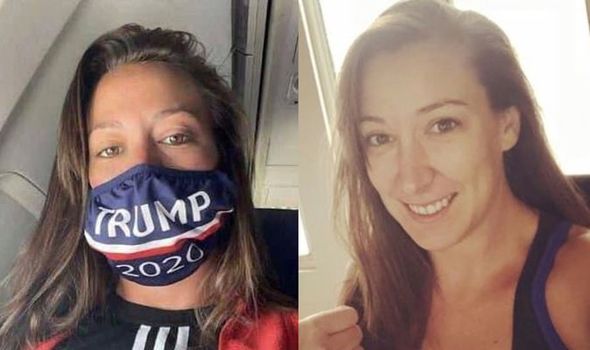 John Sullivan, videographer and founder of “a group for racial justice and police reform,” posted a video on YouTube on Jan. 7 that shows him entering the Capitol building in Washington with a group of Trump supporters and possibly others on the previous day. He’s heard on video encouraging others and convincing Capitol police to let the trespassers through at several impasses. The video also reveals further details about the situation that led to the death of Ashley Babbitt, an Air Force veteran shot inside the building by Capitol Police.

Sullivan is known for taking part in protests and riots connected with the Black Lives Matter movement, which was founded by Marxist organizers.

In July, he was arrested in Utah for alleged rioting, making a threat of violence, and criminal mischief due to his part in a protest that resulted in the shooting of a motorist...

There appeared to be hundreds of people inside, wandering around.

When Sullivan reaches the door, he refuses to leave.

“I’m just recording the situation,” he tells one officer.

“You’ve got to do it from outside. C’mon guys,” the officer says.

The woman is seen keeping close to Sullivan.

“They are already inside, bro. Like, you’re not stopping anything from happening,” he tells the police.

The officers successfully get several more people out and seem to secure the door.

Sullivan manages to stay inside, arguing he can’t go out through this entrance because it’s blocked. The officers try to hold him and a small group of others near the door from going back deeper inside the building, but at one moment people just stream through to the corridor, Sullivan with them...

... Shortly after, Sullivan and a group of other trespassers reaches the glass-pane door to the Speaker’s Lobby. The narrow corridor is barricaded from the other side with furniture.

Three police officers are standing in front of the door, guarding it. Some people shout at the officers. Jayden starts to talk to them.

The officers then walk away.

Three rioters proceed to break the door’s window panes with kicks, a flag pole, and a helmet.

“Hey, he’s got a gun!” somebody else shouts.

The rioters continue for a few more seconds, knocking two of the window panes out.

A graphic video taken by another person on the scene shows the first three officers leaving while four more officers with helmets and rifles stand by, just several feet from the door, one of them talking to a man in a black suit with a pin in the lapel.

A young woman climbs into one of the empty window frames. Her name is Ashli Babbitt.

The officer on the other side of the door fires a single shot, striking her in the neck.

She falls on her back.

One of the officers in helmets aims his rifle at the door. It appears he’s not sure who’s on the other side and who fired the shot. He quickly lowers the rifle and gestures. It appears he’s realized the shooter was a fellow officer.

The officers and some others try to help the woman.

Babbitt was pronounced dead on arrival at a hospital.