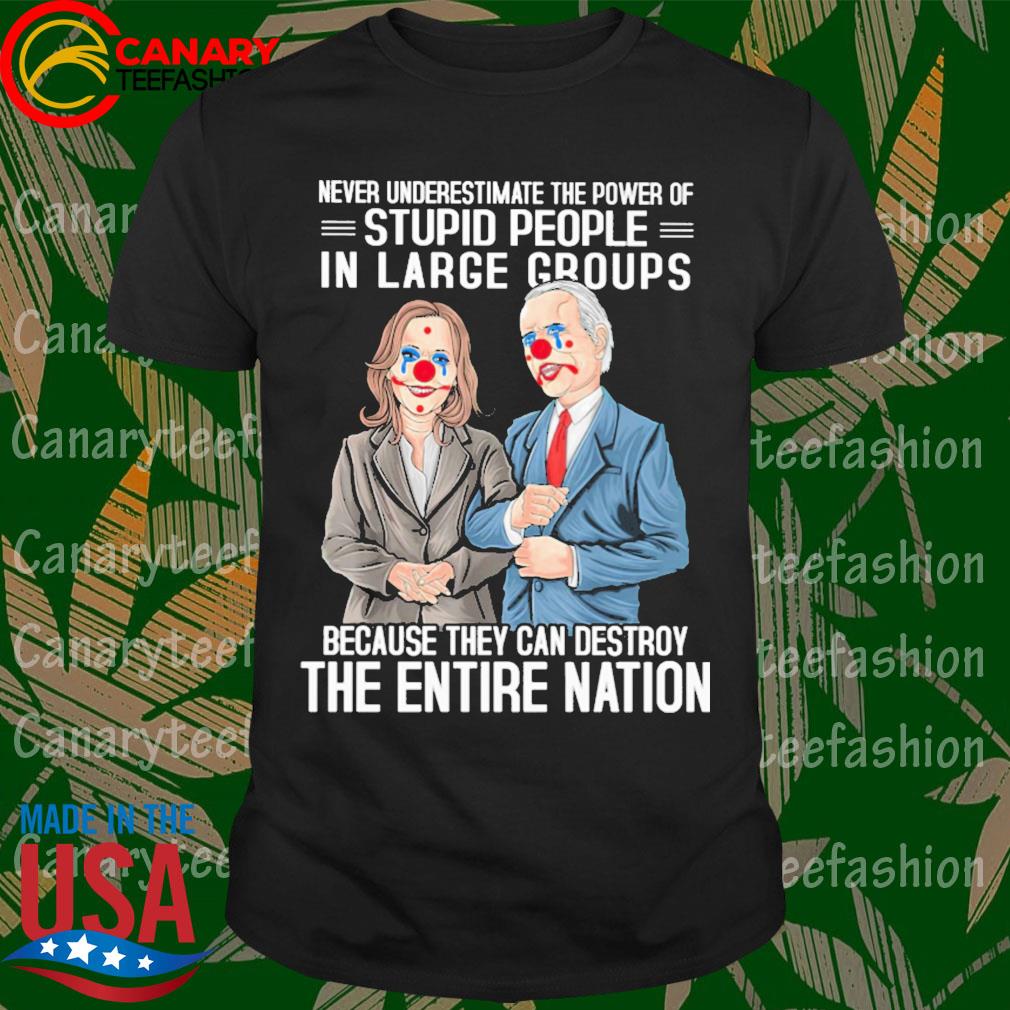 The Eponymous Flower website posted a SkyNews analysis of the Democrat regime's hilarious crisis in its so-called leadership called It's becoming a real clown show:

SkyNews on YouTube in a news segment seriously and humorously graphically illustrated that Joe Biden is senile, hand waving Nancy Pelosi looks "drunk" and Kamala Harris has the "charisma of a wet sock" [https://www.theeponymousflower.com/2021/11/its-becoming-real-clown-show.html]

And "Kamala Harris is a record-breaker. She is the least popular VP in 50 years. Bravo":

Kambree
@KamVTV
Kamala Harris is a record-breaker. She is the least popular VP in 50 years. Bravo. [https://twitter.com/KamVTV/status/1458641359540310020]
With that in mind, here is a post from earlier in the year on Biden's apparent "clown show" replacement:
Is soon to be President "[Wall Street] Kamala... the Pinup Girl" of the "Facist-Communist Corporate Model" that is "Crony Capitalism"?
March 08, 2021

The Epoch Times reported here "in the United States, we’re on the verge of The Year of the Three Presidents. After all, 2021 began with Trump in the White House, followed by Biden on Jan. 20, with Harris now the odds-on favorite to supplant Sundown Joe once his deterioration becomes impossible even for the lickspittle robinettes in the media to ignore":

We’re now six weeks or so into the sham presidency of Joseph Robinette Biden, Jr., and already the end of the Biden era seems near.

A bumbling shell of a man, constantly attended by his wife, Jill, and with the lengthening shadow of his vice president, Kamala Harris, looming in the background, Biden seems incapable of doing anything except signing the slew of executive orders his handlers shove under his nose until at last, exhausted, his team “calls a lid” on his workday and packs him back off upstairs at the White House for a nice lie-down before noontime...

...  A month before the election last year, Nancy Pelosi mysteriously brought up the subject of the 25th amendment, which allows for the replacement of an incapable president by means of a Cabinet-level coup or via a commission of doctors, shrinks, and has-been politicians. Lest you think the House speaker was thinking of Trump, think again. “This is not about President Trump,” she said flatly.

And just last week, a group of Democrats, led by two House members, called for Biden to be stripped of his sole authority to launch a nuclear strike, calling for the vice president and the House speaker to concur in any such decision. (Do they know something we, officially, don’t?) The fact that Harris is the vice president and Pelosi is the speaker is entirely coincidental.

Who is Kamala Harris?

"Kamala Harris... is the pinup girl of the corrupt corporate crony capitalist state." - The American Conservative

Finance Yahoo reported that there is bi-partisan outrage over how the "cards are stacked against the little guy in favor of billionaire Wall Street Traders” in what Donald Trump Jr. and Candace Owens attacked as the "criminals" of Wall Street over the top market manipulation against GameStop. [https://finance.yahoo.com/news/this-is-unacceptable-aoc-and-others-side-with-retail-investors-slam-robinhood-and-wall-street-amid-game-stop-mania-171906758.html and http://www.thecatholicmonitor.com/2021/01/trump-jr-candace-owens-attack-criminals.html]

It appears that the Biden/Harris regime is following the Chinese model of economics which The Epoch Times called the "Facist-Communist corporate model." [https://www.theepochtimes.com/on-the-21st-anniversary-of-the-persecution-of-falun-gong-by-the-chinese-communist-party_3439161.html]

Another name for the "Facist-Communist corporate model" is "Crony Capitalism."

In a piece titled "Kamala Harris: Queen of the Crony Capitalists," The American Conservative revealed:

By 2012, Harris was already a rising Democratic star and a potential gubernatorial candidate. When she announced that California would receive by far the largest share of the $26 billion during the initial announcement of the National Mortgage Settlement, it signaled her arrival to national politics...

Michael Hiltzik, a business columnist for the Los Angeles Times, called... the duplicity displayed by Harris and the other state AGs during the settlement negotiations was monumental. The AGs made common cause with big Wall Street firms that were selling the shares of the banks short in the pubic equity markets before each salacious headline appeared in the New York Times...

... Kamala Harris and President Obama refused to prosecute the guilty, but they were happy to use their legal powers to tax the shareholders of the big banks. The pension funds of public employee unions and teachers’ unions paid for Kamala Harris’ political career. There is nothing pro-consumer or even mildly progressive about Kamala Harris. She is the pinup girl of the corrupt corporate crony capitalist state. [https://www.theamericanconservative.com/articles/kamala-harris-queen-of-the-crony-capitalists/]