"Successful President" Trump of the Poor: "For the first time in any serious jurisdiction, the lower twenty percent of income-earners were gaining income in percentage terms more quickly than the top ten percent" 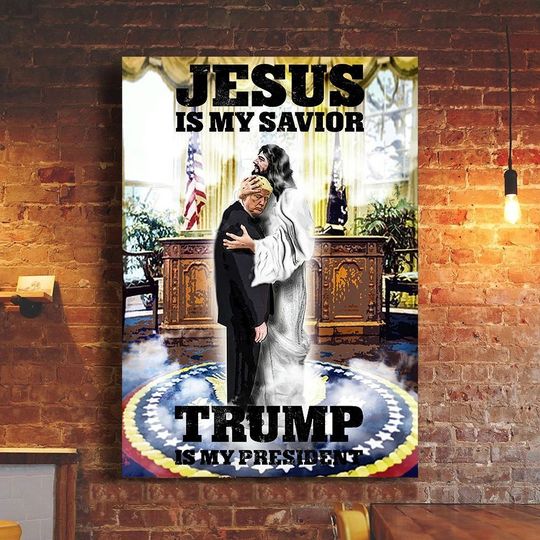 Trump weathered the relentless wall-to-wall assault on him by being a rather successful president: illegal immigration and unemployment were almost eliminated, oil imports ended, and for the first time in any serious jurisdiction, the lower twenty percent of income-earners were gaining income in percentage terms more quickly than the top ten percent. - Conrad Black

Scholar and financier Conrad Black summarized the success Of Donald Trump against the world:

What seems to be happening is one of the great political ironies of living memory. Trump, the unlikeliest major-party presidential candidate in history, was practically the only notable person who saw the depths of the unhappiness of half of America in 2016.

He astounded almost everyone by being nominated and elected, and was the subject of an unprecedented sand-bag job from the national political media, the D.C. governmental establishment, Wall Street, Silicon Valley, Hollywood, the academy, major league sports, and was falsely accused of being a Kremlin agent by former intelligence directors, dragged through the muck of the Trump-Russia collusion nonsense for most of his term, and subjected to two spurious impeachments, one after he had left office.

His reelection was opposed by 95 percent of the media, he was de-platformed by the oligarchic social media cartel, and outspent two to one. Ultimately, a great deal of creative (and constitutionally questionable but never judicially judged) changes in voting and vote-counting in swing states, supposedly to accommodate the COVID pandemic was deployed against him, and with over 40 million harvested votes, he would still have won if only about 55,000 votes had flipped in Pennsylvania and any two of Arizona, Georgia, or Wisconsin.

Despite the close and questionable election result, it was almost universally assumed by his more fervent detractors like Ms. Stoddard that he was a dreadful aberration who had gone and would not be back. The astounding irony is that, after six years of this colossal political donnybrook, Trump is the likely early favorite for the next election and the winner of this great single warrior combat.

The context for the Trump phenomenon is that after the halcyon Reagan-Bush Sr. years of great prosperity and the victorious and bloodless end of the Cold War, official contentment was so general that for only the second time in history, (after Jefferson, Madison, and Monroe, 1801-1825), there were three consecutive two-term presidents.

The White House and Congress changed hands at intervals, but the political class was the same and overwhelmingly liberal, and drifting steadily to the left. In the twenty years from early-Clinton to late-Obama, official policy moved roughly half way from the political center toward what was the far left in 1993 when Bill Clinton was inaugurated.

Only Donald Trump, the flamboyant land developer, golf club owner, and reality television star, who polled constantly, changed parties seven times in 13 years, and invented the technique of massively promoting his name as a celebrity brand and then translating it into the world’s highest elective office, detected a seismic erosion of public support for what had effectively become a bipartisan national unity government of gradual leftward policy movement.

Only he saw that tens of millions of working and lower middle class families considered that their jobs were being shipped overseas to cheap labor while the profits that accrued from that labor was not being repatriated to the United States.

Trump’s candidacy was treated with immense mirth by the complacent political establishment of both parties when it was announced in June 2015. As all will recall, the political establishment was struck dumb by his election: it was inconceivable that Trump could be legitimately elected and so the vast effort supported by almost all of the national political media was immediately launched to challenge the election result.

Trump weathered the relentless wall-to-wall assault on him by being a rather successful president: illegal immigration and unemployment were almost eliminated, oil imports ended, and for the first time in any serious jurisdiction, the lower twenty percent of income-earners were gaining income in percentage terms more quickly than the top ten percent. [https://www.theepochtimes.com/mkt_morningbrief/trump-haters-may-have-revived-trumps-presidential-hopes_4118866.html?utm_source=Morningbrief&utm_medium=email&utm_campaign=mb-2021-11-23&mktids=707ec5220f790124dd485b7cb127c6fb&est=dug8w4GxKh%2FXprTrLzb1vY9ESC%2FGT%2F%2Bg8n89PKvU1cVwUQ2stsckyRFUJHyX]

Pray an Our Father now for reparation for the sins committed because of Francis's AmorisLaetitia.