The Eponymous Flower: "Theological Hypothesis of a Heretical Pope... Theories as to the Validity of the Petrine title of Francis" 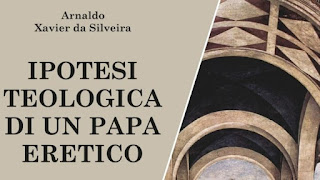 Edit: unless anyone knows any differently, this isn't available in English that we've seen, although the TFP offers a treatise in English by Arnaldo Xavier da Silveira.

During the current pontificate numerous theological positions have formed, and it remains difficult, if not impossible, to give the one in preference to another, as long as the authority of the Church does not make a statement, of what will happen once it once the current torrent has been overcome and with the help of theologians who have remained in orthodoxy and  heretical doctrines and  practices have been withdrawn.

Preserving the needed balance and at the same time to exercising due Catholic prudence is not for everyone. In this way,  the textually clear and dense essay "L'occupant du Saint-Siège de Rome est-il aujourd'hui réellement Pape?" is offered by the theologian Father Jean-Michel Gleize in Courrier de Rome, which appeared in February. In it he lists the different attitudes and theories as to the validity of the Petrine title of Francis.

Paper discusses discussion on to a higher level 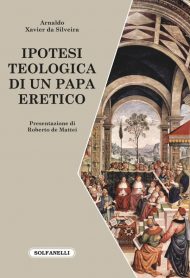 How are those who continue to follow Our Lord Jesus Christ to behave in such a case? Xavier da Silveira writes:

"The Church teaches that  the Catholic who is aware of a bad decision of ecclesiastical authority is not only allowed to refuse consent to this decision, but also to oppose it publicly in some extreme cases. Moreover, opposition in certain situations may eve be applied to  normal duty "(p 141).
The "theological hypothesis of a heretical pope" can be seen as an important building block that fits into the current theological discussion. But it is also an instrument to raise this necessary discussion on a more upscale level than what is now offered in sometimes inappropriate and even impossible newspaper, web and blog articles, whose trivialized arguments of  things of the utmost importance and sacredness are thrown in the dirt, and the heretical and barbaric style is reflected in a worthy Pope for this perverse generation.